The Bureau of Occult Affairs

The Bureau of Occult Affairs is an organization fuctioning within the Secret World to maintain secrecy of the occult world at all costs.

The Bureau of Occult Affairs :: Out of Character :: Introductions
Share 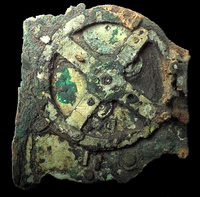 Now that GlassCat has started us out, I'll throw my hat in as well, I guess.

I'm Corey, I've been playing Secret world since the first couple months of its release, on-and-off (I like the updates and streamlining in Legends, but I kinda wish they'd fixed some of the bugs that've persisted since the old edition, but I'm sure you folks have heard it all before). I'm a Thirtysomething-year-old teacher living in New England, and I'm both a proud roleplaying nerd and a collector of weird folklore and fiction- Lovecraft (problematic though the man was) is one of my favorites, and I will absolutely talk your ear off about the Mythos if you let me, though if you do me the courtesy I'll reciprocate with whatever topic fits your obsession.

I tend to get deeply invested in things to a point and then kinda falling off, but if I'm around, I'm happy to assist in questing, role play stuff, and assisting with research missions (I love solving the puzzles, though I'll try not to spoil anything if I can't reason it out and have to go to the internet for clues). My character is deliberately a bit engimatic, and also I sometimes flub my swapping between text sources, so I might say odd stuff from time to time whether on purpose or not. Which is it? You'll probably figure it out if you listen to me natter on for very long.

All the best, and hit me up if you want some company with stuff!